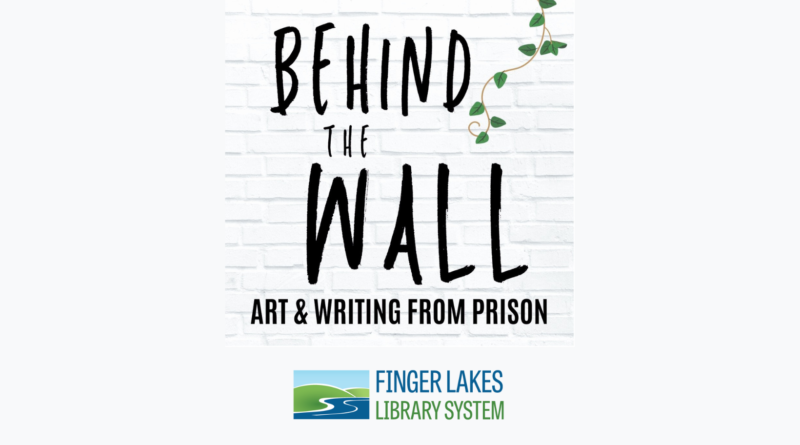 “Behind the Wall” is a traveling exhibit of art and writing by incarcerated people. It is circulating among the public libraries in Ithaca, Auburn, Seneca Falls, Owego, and Cortland from February to June 2023.  “Behind the Wall” is curated by Ithaca artist Treacy Ziegler. It is coordinated by Story House Ithaca in collaboration with the Finger Lakes Library System and supported by an action grant from Humanities NY.

Nearly 2 million Americans live in jails, prisons, and detention centers, all but invisible to the rest of the world. Many struggle with isolation, loneliness, and a lack of a sense of purpose. Creative self-expression helps them process their experiences, build their skills, and communicate their thoughts and feelings with others. Yet little of what they produce reaches people on the outside.

The artworks and writings in “Behind the Wall” have been collected by Prisoner Express, an Ithaca-based nonprofit that uses newsletters, book exchanges, and art and creative writing programs to foster hope and a sense of community among incarcerated people around the country. Prisoner Express currently serves more than 4,000 prisoners and has reached more than 37,000 over the last 20 years.