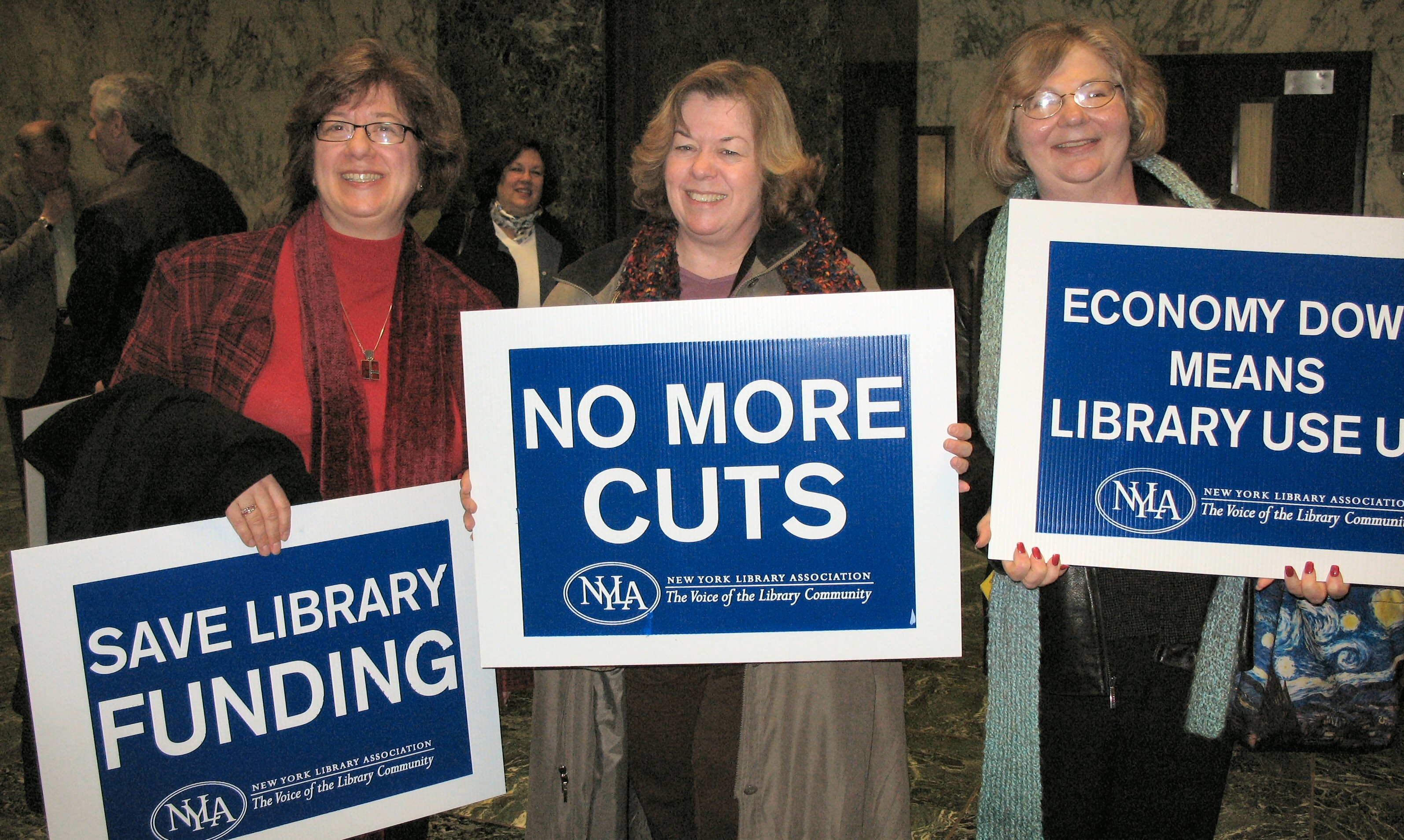 Thank you for attending Advocacy Day with us last Wednesday, February 26, 2014. Whether you were there in person, filled out a post card, wrote a letter, or submitted an email, know that your voice was heard!

Please check out some of our photos on our Facebook Page and tag FLLS in any photos you may have posted!

The following is from Executive Director Amy Starr Zuch:

On Wednesday, February 26th, a contingent of FLLS staff, FLLS trustees, and member staff, trustees, and friends traveled to Albany for Advocacy Day 2014.  We had the opportunity to meet with many of our state legislators or their aides.

I also attended an advocacy rally at which several legislators spoke about library funding.  Long time Senator, supporter of libraries, and Chair of the Senate Select Committee on Libraries, Senator Hugh Farley, gave a rousing speech about the battle he promises to continue fighting for increased funding for libraries.

The NYS Assembly is considering two options at this point:  1) Restoration of the $4 million we were given last year or 2) the 3.8% increase that is in the Governor’s Education budget.  Obviously, the $4 million restoration is preferable as it amounts to 4.7% and would do more for libraries than equating our funding with the overall Education budget figure increase.

The NYS Senate is proposing a more ambitious budget for 2014-15.  Some members are calling for not only a restoration of the $4 million, but also an additional $5 million!  This would be quite a feat for libraries, as we have seen nothing but cuts or small restorations since 2007.

Please continue to contact your state legislators by phone and e-mail as they work to hammer out the details of the NYS Budget.  Right now the “one house” budgets are being worked in legislative session.  The Senate and Assembly separately come up with a negotiated budget to present, and those separate budgets must then reach a compromise.

A huge THANK YOU to those of you who made the trek to Albany to advocate for library funding!  It’s a long and tiring day and I truly appreciate your dedication to this cause.

Keep contacting your legislators!  Now is the time!